Ladies and Gentlemen, I have been called here today to explain the Conservative Party's position on our major policies to be implemented by the next Conservative government, led by me, and certainly not led by either Boris Johnson or by Daniel Hannan.

We will be introducing several new government quangoes to reduce the numbers of government quangoes, reduce immigration, while encouraging the importation of vital economic skills, as well as fulfilling Britain's historic mission in the world of providing a safe haven for the refugees of the world. We will be maintaining Britain's independence while further integrating this country into the economic powerhouse of Europe, and ensuring a greater level of British military independence while helping with the creation of a European army and a greater co-operation with the forces of NATO. The police, always a vital body, will have increased powers to widen freedom and liberty and we will also be introducing stronger regulation into the markets to ensure that the bastion of the free market can function properly, in an unfettered way.

Now, as to the question of government spending cuts, we will be drastically slashing around £70 billion pounds from the current spending round, to pare down government debt, because this country cannot afford to be so profligate with taxpayer support for unproductive industry. We will compensate for this dramatic action with a stimulus injection of £70 billion pounds, created by greater fiscal loosening at the Bank of England, to ensure that those currently in government employment can keep contributing to the economy. To walk away from ensuring a balanced level of borrowing, at this stage, would be to put at risk the future of this country.

Ladies and Gentlemen, I am a believer in freedom and in strong government. I want tax cuts for all and greater government investment. Most of all, however, I want all to reach up to their maximum ability and deserve all of the benefits of their talents while at the same time ensuring that all get to enjoy a greater level of fairness in society. I am, in short, a Conservative. 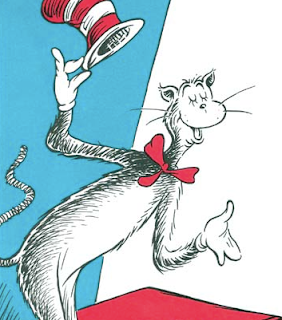