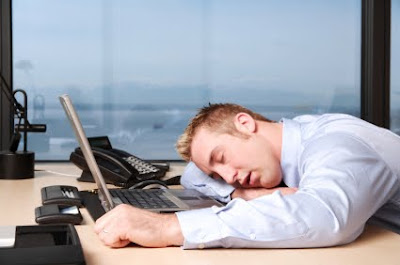 British civil servant hard at work
Let's face it, by the time most 18-year-olds in England get to 'retirement' age in this country, then there will be no general government pension of any kind, no matter how much these people will have paid 'into' the scheme for most of their adult lives.

Because the government will have spent it all; that's why. Mostly on itself, and pensions for its own drones, most of whom officially 'retire' at 60 on high fractions of their highest ever salary.

What typically happens is that for the last two or three years of a civil servants 'arduous' existence, they get kicked upstairs to some well-paid fonctionnaire's empty office, with nothing to do all day except play Minesweeper and take time off for 'stress'. Then, having been given a job at a pay rate much higher than their last 'real' job (if you can describe any job in government as real), they then get a pension at a high fraction of this 'bumped-up' salary, for the rest of their lives.

It is only other people's money, after all, so where's the harm? It's a very gentlemanly way to go about things, don't you agree?

There are also less and less of these parasites actually making it to 60 before they stop playing Minesweeper, with many faking ... sorry, experiencing ... stress, in their early to late fifties, or just going directly to 'early retirement' at 50.

Meanwhile, those of us outside this cushy existence, who get to pay for all of this jobbery, are going to be charged increasing taxes to keep these government pension rates up and retirement ages down, while at the same time having any general government pension benefits telescoped into a far distant future which most of us will never see.

Fortunately, this ongoing theft will not last.

Something's going to give. Let's hope sooner, rather than later.
Posted by Jack Maturin at 1:09 pm