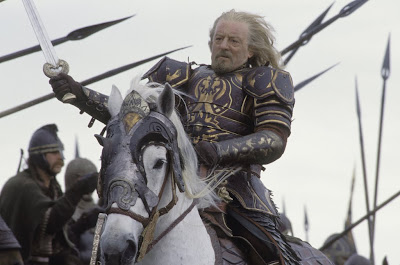 In a remarkably frank interview, Bernard Hill - one of my favourite actors - reveals much more about his life than I think I've ever seen before, from any actor. Remarkable.

He's probably a champagne socialist, as many actors are (though I apologise in advance in case I'm wrong), but from much of what he says he could almost be an Austrian:

HOW DO YOU PREFER TO PAY FOR THINGS – BY CASH, CARD OR CHEQUE?

By cash as often as possible so I can't be traced. I object to the idea that the government is collating information on us in a Big Brother way. I'm sure it works sometimes – like the story I heard of the pensioners who got lost and were traced days later by the card payments they were making.

But I'm naturally suspicious so I like to go to a cash machine and draw out £200 then pay for most things by cash so it leaves no evidence or trail.