Lies, more lies, and the truth about the sky falling in 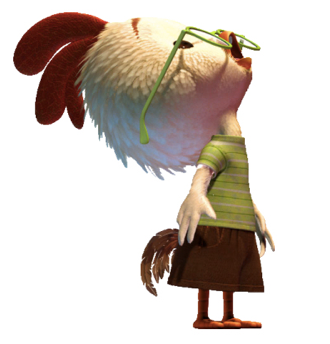 I was in a pub by the Thames, a while back, in the middle of an argument with with some JP Morgan staffer, defending the Austrian position that AIG, Goldman Sachs, JP Morgan, Citibank, and all the rest, were not 'too big to fail'. "They should have been left to stand on their own two feet," I said, "and if they had fallen, that would have been their problem. Why should the rest of us be made to bail out investment companies that made the wrong investments?"

"Oh no," said my colleague, getting in the next round of G'n'Ts, "you are too rash, you unknowledgeable man. For if all of these vital and crucial companies - including as it happens my own - had been left to their own devices, many of them would have fallen, and if that had happened, the sky would also have fallen in. Babies would have fallen off tall buildings, pregnant women would have fallen off rogue bridges, and the rivers of Babylon would have fallen into the volcanic vents of a collapsing Earth. Wages would not have been paid, for virtually everyone, for decades ahead. War aliens would have beamed down from outer space and asteroids would have rotated in from Mars orbit, wiping out life as we know it. Anyone left after all of that would have been eating the paper wrappers off empty baked bean tins for the rest of their lives, in small mean rocky caves in Iceland, while being continually assaulted by vicious rabid plagues of rancid flesh-eating frogs."

Alas, I was at a loss to provide 'evidence' to back up my position, except Austrian theory and plain common sense. Another friend of mine, who is some kind of derivatives guru, was actually called before Parliament and the EU to tell them what would have happened post-Lehman if any more 'too-big-to-fails' had been allowed to fail.

In the world of CDS insurance, the thought of ultimate counterparty risk failing to back up the extraordinarily complicated hedge fund positions that make up the western financial system is not something that is ever contemplated with any seriousness. Entire books are filled with the concept of riskless money, too complicated to go into here, and if riskless fiat money actually becomes risky, as it should (because its made out of paper and backed up with nothing) then it's like taking gravity away from a basketball player. The balls and the shots just don't work any more, and nobody can think how to rewrite the rules to play the game to a different beat.

In some ways I almost felt sorry for the politicians listening to this self-interested pleading from the well-heeled financial community. Virtually every 'expert' they spoke to told them the same thing: "You've got to step in and bail out these failed companies because if you don't terrible things are going to happen to babies and pregnant women."

Being surrounded by hordes of Keynesian economists and even hard-core hard-nosed traders telling them this bilge (with noble exceptions like Jim Rogers and Peter Schiff), one can almost sympathise with the reactions of financially light-weight politicians who then 'stepped-in' to steal our money to bail out these multi-millionaires and other banksters.

Let's not get into the morals here of one group of men stealing from another group, to bail out a third group, who just happen to be the ones who buy all of the bonds which enable politicians to grow their power to keep doing this. That's a story for another day. The politicians, from their point of view, had no other option than to do what they did. The gangsters bailed out the banksters, because the banksters told them there was no other route to take, and the gangsters relied entirely upon the banksters for all of their financial thinking.

So it was wonderful this morning to see another take on the situation from an insider who knows the real deal and who has catalogued exactly what would have happened if the gangsters had let the banksters go, which is pretty much what the Austrians said would happen. That is, not much. A few badly-managed companies like General Electric and General Motors would have gone under, as would perhaps AIG and Citibank. Goldman Sachs would probably have survived the storm to come through the other side much chastened and with much smaller bonuses for a few years.

Oh, and babies and pregnant ladies would actually have survived too, if indeed they had noticed much at all, except they would now be better off and coming through to the end of a short, sharp, and nasty recession, and not looking at a ten-year depression instead.

In short, billions of us are going to be paying a high price for the rest of our lives, including many more years of work and much smaller pensions, and years of depression ahead, so that a few thousand very rich men didn't need to feel any pain for the rash risky decisions they made with paper money gushing out of the world's central banks.

I may have got some of the details of that in the wrong order, so why don't you read the whole piece yourself, particularly the second half. Most illuminating:

=> How Politics Caused Fiscal Disaster
Posted by Jack Maturin at 6:37 am