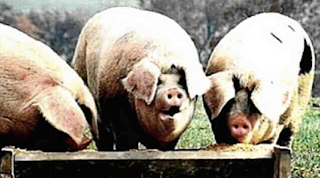 Have you noticed a subtle change in language recently? All government spending is consumption spending, but Gordon Brown used to get away with calling it 'investment'. Everyone else calls an investment something you do with money which produces a net positive investment stream from a productive future, but Brown used to be able to spend tax-stolen pelf on anti-smoking awareness campaigns and then spout nonsense about this consumption of resources being an 'investment in the future health of this country'.

But not any more.

Now everyone realises that it was all just 'spending'. For instance, if Richard Branson had said 'Government investment must be cut early', we would realise just how ridiculous it was to call it investment in the first place.

Yes, this subtle language change is not much of a shift, but it is at least a nudge in the right direction.

Here's Uncle Murray on why such government spending always creates busts and how to get out of the cycle:

Economic Depressions: Their Cause and Cure
Posted by Jack Maturin at 8:31 am