Send Them All to Alpha Centauri

A billion here, a billion there, and pretty soon we're talking about serious Moolah. And so it has proved this weekend with that pusillanimous wretch Fat Gordon Brown tossing away another £60 billion pounds of Bank of England fiat cash to avoid nationalising a bank and thereby appearing to even the stupidest in the land as an utter financial failure. 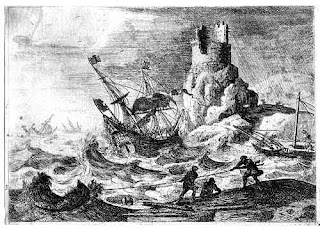 But he won't get away with it. Due to the splendid work of Lew Rockwell in the past 20 years, promoting Austrianism, many in the British financial press, such as Jeff Randall, Patrick Hennessey, and anyone else with half a brain, have gradually had it seeped into them that this blatant form of Keynesianism should have been ditched 35 years ago, when stagflation hit the world following Nixon's craven decision to declare America bankrupt by coming off the final shreds of the gold standard.

What's really sad about this whole business is the seedy part Lord Pickle Branston has played in all of these backdoor shenanigans. This apparent libertarian is now going to benefit to the tune of billions from stolen taxpayer pelf, to provide Toad with a fig leaf of fiscal responsibility. I suppose as a businessman Branston just sees opportunities and then goes for them, but I really do wish someone would put a copy of Human Action on his desk and ask him to read it, so he can learn to appreciate the morality of making these coercive profits from the corporate state, via the hapless customers of British government protectionism. This British state, the self-same one founded a thousand years ago by terrorist Normans, may not go out and kill hundreds of thousands any more, as in the Harrying of the North, as there's simply too much money to be had by taxing them instead, as the writers of the Domesday Book realised, but it is still terrorising our wallets and our lives, even after all of this time, with these crass mercantilist acts of financial theft and socialist acts of bureaucratization; one day we will be free of these tyrannical morons, but this process of de-sloughing the parasites will be quicker if people like Branston can resist the overwhelming urge to put their noses to the same filthy trough.

What isn't sad is the collapsing nature of Gordon Brown's government, which is running on empty, spent up on tax, borrowing, and inflation, and incapable of taking even the simplest decision without getting it wrong. Yes, Toad will just be replaced by Tony Blair II, in David Cameron, but I'll take a little comfort from seeing this Fat Scottish Wormtongue punctured, wounded, and castrated by the British Press over the next 18 months, before he's tossed from office to scrabble at our feet.

What I won't take comfort from is filling up my car once a week for the next five years, and realising that £40 pounds of the bill will be going straight into the pockets of Lord Pickle Branston, to help pay him for setting up Virgin Bank to get Toad off the hook.

And folks, we ain't seen nothing yet. With George 'The Utter Keynesian Idiot' Bush printing even more dollars to 'pay' for tax cuts, we've got a lot more of this sort of nonsense to come. And just wait until the fractional reserve system here in Britain turns that £60 billion of cash, created ex nihilo, into £600 billion, to wash out all of our pockets even further.

Has anyone got a Golgafrincham Ark we can put all the politicians on, so we can send them all to the Moon? No, the Moon is too close. Alpha Centauri sounds much better. Maybe Lord Branston has a cunning plan up his sleeve to achieve this with all of the Northern Rock Moolah? If so, the sooner the better Richard. 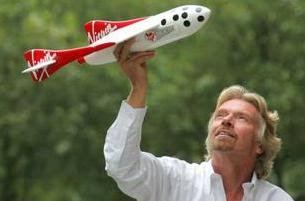 Do what I do. Shrug your shoulders and buy some more gold.

The only thing that's annoying about gold is that you're not really making any REAL money (i.e. gold) with it. Your're just not losing any. Still, as you say, much better than paper scrip! $-)