This is the day when the Good Doctor finally has to pony up with a third place finish, or better, in the Iowa Caucuses. If I'm forced to grasp at a straw, if he at least beats one from Suit, Benito, McWar, ActorBloke, or the Huckster, and comes in fifth, I'll live to pray another day. But sixth, and I think we're in trouble; that is, of course, if we can believe the counted results. (Let's hope the votes are all paper-based and fully monitored by the RP campaign.)

1st: Simply unbelievable - I think my head will explode
2nd: Amazing news causing several Fox News anchors to utterly implode
3rd: Ron Paul will be President, as expected - Are you watching Mr Murdoch?
4th: Go Ron Paul!
5th: The Last Hope for the World lives to ask Fox why he's not in their top five
6th: It's a conspiracy! 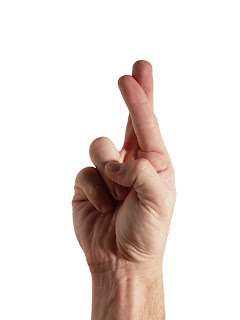 So cross your fingers and toes folks and let's pray for third or better. And obviously if you're in Iowa, what are you reading this for? Get out there in the snow and go and vote for Ron Paul! :-)

What's sad about all of this is the obvious fact, as explained in depth by James Ostrowski, that Ron Paul is the only Republican who can beat Hillary Clinton. If any of these other intellectual pygmies, such as Suit, McWar, et al, gets the nomination, then without question Clinton is President. Whereas if Paul gets through this MSM-led beauty parade, he'll probably win all 50 states.

So draw your own conclusions about what the log-rolling CFR-led elites of the US state machine are really up to here with this primary charade, in their drive towards Rationale Number Three. This is all about Clinton versus Paul, and eliminating Paul before he can challenge her mandated rule.

Therefore, as Walter Block said the other day in Point 7, I really do hope Dr Paul gets some more bodyguards. If he does come third, or better, he's going to need them, because the CFR-MSM ruling class of America may feel compelled to unleash even darker forces than Fox News. Our Man really does have to be careful out there, because this is all starting to become rather serious. Let's hope a third place finish can make it even more serious, to persuade other potential primary voters out there that an RP vote will be a vote that truly can make a difference.