The greatest ecomentalist of all time 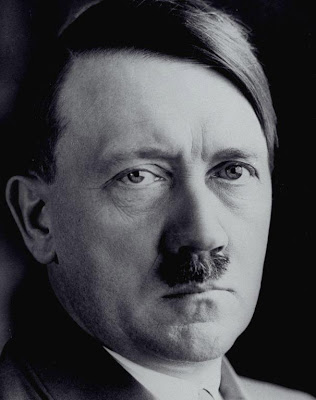 Watermelon socialists, green on the outside, red on the inside, are everywhere these days. What's strange of course, is that most of them will profess a deep-seated hatred of Adolf Hitler, despite his possession of most of their basic political beliefs.

So as an essay topic, this weekend, I would like to set readers of AngloAustria the following question:

Hitler was an anti-smoking vegetarian atheist socialist environmentalist who believed that the state should be paramount over the free thinking and behaviour of individuals. He is quoted as saying "We do not want any other god than Germany itself. It is essential to have fanatical faith and hope and love in and for Germany". If we substituted the word 'Earth' for 'Germany', in the preceding quote, we could almost label Hitler as the perfect modern environmentalist socialist. Discuss.