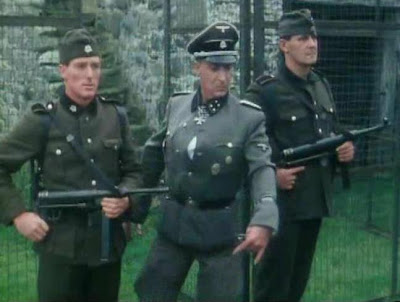 Let this day be marked as the day when all madness broke loose in Britain and the British government decided to really let rip with fraudulent theft.

Let's check out the key quote:

In what economists deemed a success, the Bank received £10.5bn worth of offers for gilts - more than five times what it sought.

Yes, it will probably appear to 'work' in the short-term, in the same way that a heroin addict going through cold turkey is assuaged by an injection of diamorphine. The poll ratings for Gordon Brown may even go up again, as this green curtain magician appears to have pulled a rabbit out of a hat.

But let us be in no doubt that the medium-term and long-term results of this will be absolutely disastrous for the British economy, once the counterfeit effects of this paper confetti dissipate and people realise they are not richer and have no more real resources backing their plans, but they're just holding more paper tickets chasing after the same amount of stuff.

All you have to do, to see through this trick, is to imagine that a private criminal gang is doing exactly the same thing, printing up this undetectable confetti in a basement and then going out and spending it on whatever they fancy. If that makes it clearer, the reason people are fooled is generally to do with the formative years of their lives being spent in government brainwashing institutions, where the lesson is hammered into us that government can only do right.

Even now I notice this myself with news stories about terrible faraway places. I find myself unconsciously rooting for 'government forces' in conflicts in Africa and Asia, as opposed to 'rebel forces'. Despite being a hard-core anarcho-capitalist, I still have to consciously shake my head to break this spell of burned-in government magnificence.

You may ask, if 'quantitative easing' is such a terrible thing, then why are these gilt purchases so over-subscribed? Well, all you have to do is get hold of the Private Schulz video, and witness Major Neuheim stuffing his uniform full of perfect five pound notes, to figure that one out.

Whoever gets to spend this new money first benefits tremendously, at the cost of everyone else down the spending chain. Whoever gets it last, usually pensioners on fixed incomes, is ultimately robbed by these first spenders.

Yes, our friends in a socialist government are robbing pensioners through wealth redistribution to hedge funds.

The effects of such fraud have been known since Richard Cantillon, the cunning anti-hero of the Austrian School, who used this knowledge to make himself a millionaire in the Mississippi Bubble crisis.

The British government really are a despicable band of robbers writ large.
Posted by Jack Maturin at 9:10 am